Meet the Board Chairman 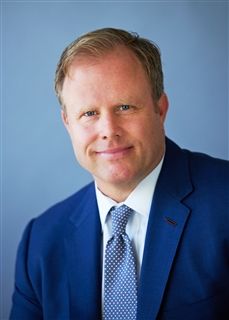 Joel Brous, Barstow School Class of 1988, works with institutional investors and has been a Vice President with Franklin Templeton Investments, San Mateo, California since 2013. Prior to his current role, Joel held a similar position with American Century Investments, Kansas City for thirteen years. Before working in the investment field, Joel practiced law for Shughart, Thomson & Kilroy, P.C. for four years.

Joel Brous holds a B.S.J. from the University of Kansas, and M.B.A. from the Olin School of Business, Washington University in St. Louis, and a J.D. from the University of Missouri. He holds FINRA licenses Series 6, 7, 24 and 63 and the National Futures Associate license Series 3. He is admitted to practice law in Kansas and Missouri. Joel has served as a trustee for the national Pension Fund of the Christian Church. Joel is married to Carrie Brous, and they have three daughters who have graduated from or attend Barstow: Zoe '19, Phoebe '21 and Sophie '23.